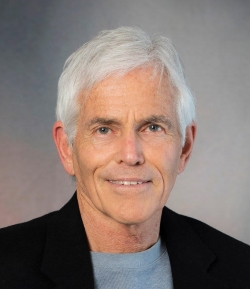 Bio:
A 50+ year career in the trades, business, and education, has prepared David Bryan to be a curious and eager student of many fields. Dr. Bryan has taught at the middle school, high school, and university levels at various institutions in the United States. In 1995 he co-founded New Roads School, a unique independent school in southern California, where he served as a faculty member, the Founding Head of School and President from 1995 until he left in 2013 to found his own consulting business and teach at the University of California at Santa Cruz. He was the inaugural director of The Center for The Common Good, a joint venture of The Herb Alpert Foundation and New Roads School, to incubate creative innovation in business, education and community partnerships. In addition, Dr. Bryan consults privately with several not-for-profit and for-profit businesses on matters of board and workplace organization, employee training, online education, and generational workplace dynamics. He serves as a director on the board of Motorcar Parts of America, as well as Brave New Films where he chairs the Board Governance Committee. Dr. Bryan received a B.A. from the State University of New York at Stony Brook, an M.S. from the University of California at Los Angeles and a J.D. and Ph.D. from the State University of New York at Buffalo.
Show Time:
Tuesday 2:00PM - 2:59PM
(PST)
Show Description:
A video podcast driven by curiosity, inviting open-minded conversations. Tune in and learn something new. Hosted weekly by David Bryan.

Chrysta Bilton is an American writer and memoirist. Her first book, the memoir Normal Family: On Truth, Love, and How I Met My 35 Siblings, was published in July 2022 by Little, Brown in the US and Octopus in the UK. The book was listed among Kirkus's Best Nonfiction Books of 2022 and named a 'best' or 'must-read' book of Summer 2022 by The Washington Post, The LA Times, Vanity Fair, People Magazine, Amazon, and many others. The Sunday Times called Normal Family "a testament to human resilience, forgiveness and humour" and People Magazine called it "a riveting debut." The Atlantic wrote that "Normal Family will, in the very best way, leave you wondering what [family] actually means." Chrysta lives in Los Angeles with her husband and two children. Chrysta's 'family' is spread widely across the country. Please tune into our delightful, humorous and enormously touching conversation.
Play Audio
Download Audio
Play Video
Download Video
Play Audio
Download Audio
Play Video
Download Video