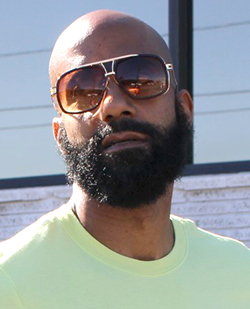 Keefe Wright has an extended background of hosting battle rap events since 2009  as well as worked with some of the biggest names in battle rap.  From owning ‘Sandtrap Presents’ to managing ‘GrindTime’ Arizona he has always stayed involved.  When he ran Sandtrap Presents Keefe worked with over 100 artists as well as big leagues such as King of the Dot.  Keefe's coordinated event “Duel at the Desert” at Celebrity Theatre still holds true to one of the biggest battle rap events in Arizona. Before battle rap Keefe managed a recording studio and worked behind the scenes with artists, music videos, production, promoting and marketing.

Now owner of Wright Insight, LLC Keefe’s main focus is bringing his passion to LA Talk Radio and have conversations about Battle Rap.  He is using his platform for promoting battle rap as a whole speaking with battle rappers, league owners, fans and highlight people that have contributed to the culture.  We provide an outlet that allows artists to expand their brands and express themselves unfiltered.