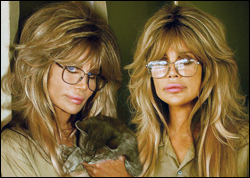 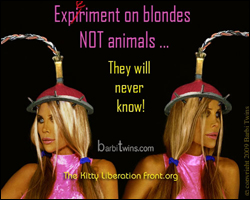 State of the Oceans
Bipartisan Conservation? New Radio Show Makes History. Captain Paul Watson, The Barbi Twins and Jungle Jana  join forces on LA Talk Radio with a new and first of it's kind entertainment news/talk radio show.State of the Oceans and hot topics bring together all angles and political views to find common ground in addressing the planet's challenges and current affairs.  An uncensored live platform addressing news and passionate opnions  from major celebrities on behalf of their favorite animal... Read More
Bio:

The Barbi twins, Shane Barbi and Sia Barbi, were famous celebrity pin-up-cover girls of the 90's, that had record breaking calendars, two sold out Playboys and popular branding and merchandise around the world, including their images on Russian stamps. They are now renowned animal activist correspondents and media spokeswomen.

The Barbi Twins are the Animal Editors of the #1 green magazine, "Origin Magazine" (Issue15) and they interview numerous iconic celebrities, like their animal pals Bo Derek and Willie Nelson.

The twins were producers of a documentary and of the critically acclaimed film, "Your Mommy Kills Animals", and were featured in many other animal documentaries, including "Saving America's Horses", "Skin Trade" and TV shows, such as Morgan Spurlock's FX "30 Days-Animal Activism".

The Barbi Twins claim that they were the first at being "famous for nothing" and put their 7.5 minutes of infamy each toward animal rights. Famous for Something, Indeed: The Barbi Twins Take Tangible Action for Animal Rights

They grew up in a show-biz family and were featured in their own "Barbi Twins: E! True Hollywood Story". The twins were also featured in a "48 Hours" special about their first book, "Dying to Be Healthy", focusing on their struggles with eating disorders.

What the twins want to bring to the radio show is their bipartisan view on conservation and animal rights. They coined themselves "Green Tea Baggers", claiming the animals are the real 99%-ers, the true victims.