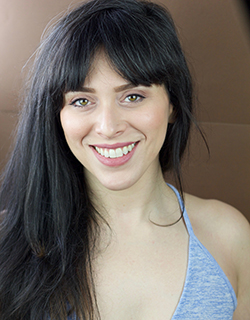 Sam in the Morning with Jenn
Live from Los Angeles every weekday morning Sam bring you an entertaining and irreverent show that mixes a variety of the day's topics with funny and smart conversation. The show features a breadth of fascinating guests, bestselling authors and celebrities. Enjoy your morning at the office with spicy talk and smart humor. Call in live and chat with us.
Bio:

Jenn Belinsky is an Actor from the burbs of New Jersey- right outside of Philadelphia, PA where she began acting & writing. She moved to The Big Apple, where she lived for six years, honed her skills as an actor, with focus on comedy, voice over & drama. During her time in New York, she started working behind the scenes as a Production Assistant. Soon after, she took a chance on production design & art department! After learning of her love for behind the scenes, she began film making & screen writing classes to feed her new career as a Director & Producer which she has pursued for over two years. In addition to film work, Jenn booked a Co-Host position on a Brooklyn Based Hip Hop, Music radio channel in addition to writing for a Hip Hop magazine also based in Brooklyn, New York.

After six long years of a bustling, loud city, Jenn took off for a month to check out Los Angeles for a five week acting intensive. During that time, she fell in love with a city she already knew she loved, went home to the East Coast for a month, packed up her life & came back West where she landed a gig on LA Talk Radio, Sam in the Morning Show!